The Impact of Divorce on Children

Parents splitting up is never easy for the whole family. It is a very emotional time not only for the parents, but also for the children.  No matter what age, it can be pretty traumatic and disheartening for kids to see the end of their parents’ marriage. The impact of divorce on children may vary. Some kids may feel upset, angry or depressed. While others may feel guilty and blame themselves for the situation.

Divorce is a transitional period for the whole family. That’s why it is important to recognize the different ways it can affect a child in order to make the transition a lot easier for them. This post explores and talks about the impact of divorce on children. 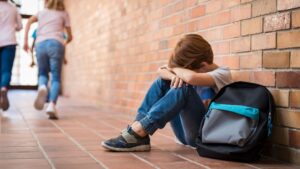 A divorce is a huge adjustment for the family. The once secure and unbreakable unit has now collapsed, and kids are thrust into big changes that they may not be ready for. Changes such as losing a parent that they are close to, or losing friends by moving to a new location. This may result in feelings of insecurity, anxiety and depression.

Research shows that divorce increases risk of psychological problems in children, regardless of sex and age. Kids with divorced parents have a higher risk of developing mood disorders. Toddlers and preschoolers may regress and exhibit infantile behavior like bedwetting, thumbsucking and separation anxiety.

Kids in the middle of a divorce often do poorly in school. Their grades may start to slide, and their school performance may suffer overall. They also face a higher dropout rate compared to others. Possible reasons behind this may be due to feelings of depression, neglect, or inability to focus due to what’s going on at home.

Studies have shown that divorce can also affect a child socially. Children may feel shy, distant, detached, or even fearful of social interaction. This stems from feelings of anxiety, insecurity and low self-esteem. Some examples of social withdrawal in kids are: avoiding friends, skipping school events, or isolating oneself at home.

The impact of divorce on children is evident in behavioral changes that take place. Anger, irritability, temper tantrums, disobedience and rebelliousness can often be seen in kids that are in the middle of a divorce. Physical aggression and behavioral misconduct are all signs that they are externalizing / acting out their internal anger and frustration. To learn more about externalizing behavior in children, check out our post, How To Help Your Child with Difficult Behavior.

Another way of emotional externalization in kids is by engaging in risky behaviors. Classic examples are drug and alcohol abuse, as well as early initiation into sexual activity. In the U.S., kids with divorced parents are more likely to start drinking alcohol and use prohibited substances earlier than their peers. In addition, studies have also shown that adolescents whose parents divorced when they were 5 years old or younger, were more likely to engage in early sex before the age of 16.

Research shows that there is a connection between parental divorce and eating disorders in adolescents. In addition, kids may experience lack of sleep, poor eating habits, as well as frequent physical ailments like headaches and indigestion. All of which are related to anxiety and stress.

As the saying goes, history repeats itself. Research shows that children who have experienced parental divorce are likely to leave their spouse in their own relationships when they grow up. Studies suggest that the tendency to divorce is 2 to 3 times greater in children with divorced parents. This indicates a negative attitude and outlook towards relationships and marriages in general.

Today, almost 50% of marriages in the U.S. will end in divorce. While this is a discouraging statistic, we can also look at it as a challenge to rise above it. Educating parents regarding divorce and its effects on children is crucial in preventing some of the negative impact of divorce on children.

The Influence of Divorce on Eating Disorder Development in the Adolescent

The Psychological Effects of Divorce on Children

Divorce and Its Effects On The Development of Children